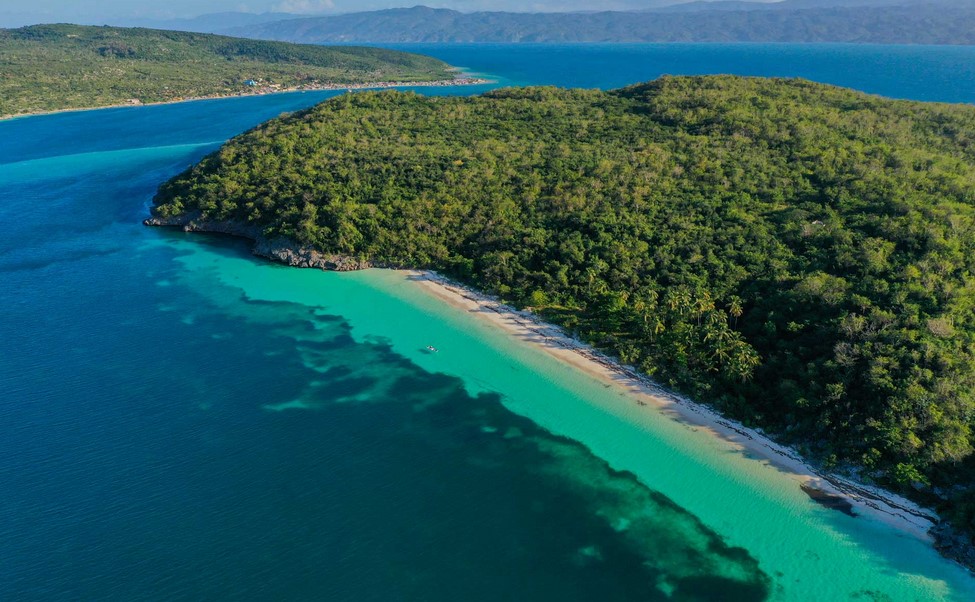 A New Perspective on Caribbean Travel to La Hispaniola

It’s safe to say that world travelers have had more than enough confinement and restrictions for the year, and now turn their attention to the destinations that lay beyond the picturesque beaches and coconut palms, for a more outdoors experience of La Hispaniola.

Home to the nations of Haiti and the Dominican Republic, the island’s ecological and geographic wonders are finally beginning to take center stage, as new and experimented travelers explore the extensive mountain ranges, rural savannahs, underwater cave systems, protected reserves, and more.

If you thought that the Caribbean was only for party-goers and sun-worshippers, get ready for a totally new flavor of adventure and delve into the unknown.

Wherever you plan on going camping in the world, being well prepared is just common sense and good practice, and shouldn’t be taken lightly.

Now, in the case of La Hispaniola specifically, preparation may vary, so here are a few tips that’ll save you a lot of headaches and discomfort:

In some groups, there’s almost always a “Super Trooper” that takes pride in braving the bare wild, rejecting repellent and rejecting advice, only to be eaten alive by insects as others watch in disappointment.

Do not be this person.

Serious illnesses like Dengue can easily be contracted by mosquito bites and has been frequently known to cause death in serious cases in Haiti and the Dominican Republic.

As you move around the Island, you’re going to get hungry and pretty thirsty, and that’s all cool as long you make sure to drink or brush your teeth with ONLY bottled water, as stomach problems can ruin your entire trip.

Food must also be well-done and thoroughly heated to avoid ingesting any unwanted bacteria.

You’ll want to have plenty of change if you plan on hittin’ the road, because Dominicans and Haitians alike are not fond of big bills and rarely have exact change to give you in return, meaning that you’ll not only be paying more, but also creating an unnecessary delay on your trip.

You might or might not have a hard time learning a whole new language, but picking up a few useful phrases and numbers will make a world of difference as you engage with locals, and just with that, people will treat you better and commend you for your effort to speak their native tongue.

When planning a vacation, most people completely forget about a backup plan should anything happen out of the ordinary.

Emergencies in La Hispaniola can turn out to be really expensive and complicated without the proper health insurance, so make sure that you ask your travel agent to sign you up for an extra fee.

Best Places to Camp Out

Now that you’ve got a good idea of the travel norms of La Hispaniola, it’s time to choose a planned destination to set up camp.

Depending on how far you want to take your Eco-trip, the island has inspiring places to camp out at, no matter your preference, here are a few locations that are trending this season:

Located in the province of La Vega on the Dominican Republic’s Cordillera Central (Central Mountain Range), the towns of Constanza and Jarabacoa are perfect examples of natural wonders beyond paradise, only 2 ½ to 3 hours inland from either the north coast in Puerto Plata or the SouthCoast from the capital city of Santo Domingo.

Constanza is the country’s agricultural and geographic powerhouse, producing vegetables, fruits, and tubers year-round due to its frigid and mountainous location, with temperatures sometimes dropping below zero in the winter months.

The province of Pedernales on the southwestern tip of the Dominican Republic bordering with Haiti is an explorer’s dream, as it has yet to be globally exploited and still bears remote areas relatively untouched by tourism, offering a real opportunity.

The Massif de la Selle mountain range in Southeastern Haiti, which extends into Sierra de Bahoruco in the Dominican Republic, is the country’s highest mountainous region, reaching approximately 2,674 meters above sea level at its peak, known as Pic La Selle.

As a highly protected area of the country, the Massif has maintained large portions of untouched forests and vegetation, as in the case of La Visite National Parque (designated a biosphere reserve) where the Evergreen Pines or Pinus Occidentalis cover the landscape, housing dozens of endemic and endangered species of Birds, Reptiles, and Amphibians.

If you’re looking for a less wild camping experience and kick your feet up, Petit Goave is only 2 ½ hour’s drive from Massif de la Selle on the Southcentral Coast of Haiti, and offers you the best of both exotic beach areas and lush tropical wildlife, with easy access to Jacmel and Les Cayes.

Whatever your preference, Petit Goave has plenty of inexpensive hotel and camp lodging away from the tourist traffic.

A land still relatively unknown to the wider travel audience, Las Galeras is a small fisherman town on the north-eastern tip of the Samana Peninsula in the Dominican Republic and is considered one of the “holy grails” of travel for the Dominican People, as its location can be long and difficult to reach, but all worth it.

Not only will you be far from any large towns or cities, but you’ll have some of the most gorgeous beaches at your disposal, apart from natural geographical wonders.

La Hispaniola for centuries has been a major producer of Sugar, plants, fruits, vegetables, now exporting goods all over the globe thanks to the vastly fertile terrain, consistent tropical weather, and geo-positioning it has in the Caribbean.

So, for those worrying about eating healthy organic or vegan foods, the Dominican Republic and Haiti will have you covered all the way through your journey.

If you’ve heard of Plantains, you’ve most likely heard of Hispaniola, as it’s probably the most consumed staple on the island, along with the Yuca Plant or Yuca Root which has been used to prepare Casava since the indigenous people walked the land.

Aside from your typical lettuce, cabbage, and tomatoes, Hispaniola produces pumpkins, Yams, Eggplants, Beets, Peppers, and so much more (we’ll have to do another segment).

The island also produces a mouth-watering variety of familiar and exotic fruits that you’ll have no problem getting your vitamin on, most notably:

And we’re just skimming the surface of the adventurous possibilities that lay hidden in La Hispaniola.