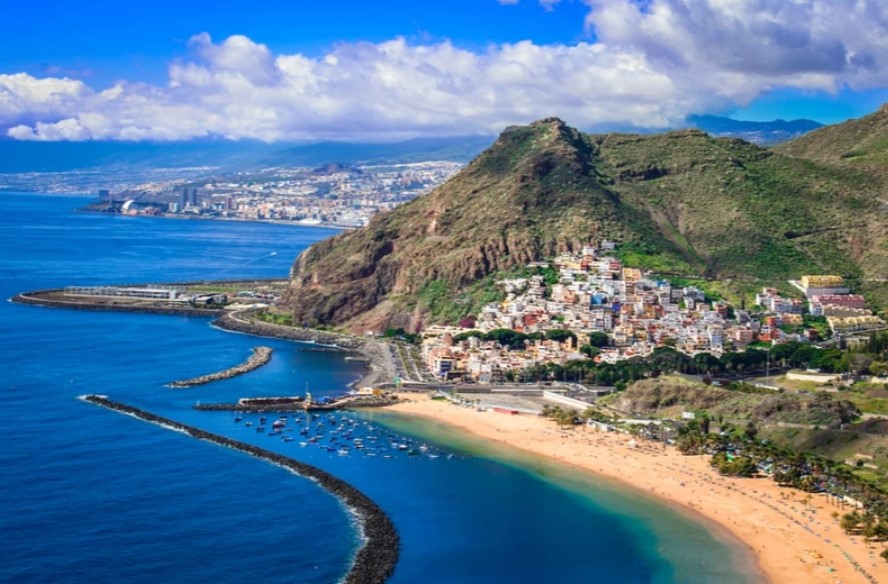 Things to do in Tenerife (Canary Islands)

Known as the Island of Eternal Spring, Tenerife has it all, from the historic centres of La Laguna, La Orotava, and beautiful Garachico, to natural gems like Teide and Anaga, as well as wide beaches, deep-rooted traditions, and delicious local gastronomy.

Tenerife is the largest island in the Canary archipelago and – for my taste – the most beautiful and comprehensive in terms of things to do and places to explore; an island that adapts to all types of holidays (family, sun and beach, culture, nature, shopping…). Also, Tenerife is the nearest island. Many daily flights (some low-cost) connect the Iberian Peninsula with Tenerife’s two airports in just three hours. To travel around the island, renting a car at the airport is best, and things to do in Tenerife to explore from start to finish. There is a selection of Essential Visits that you shouldn’t miss on your holiday in Tenerife.

It is often said that Tenerife has a little of all the Canary Islands in it. A variety of landscapes and climates characterize this amazing Atlantic region. The Teide, with a height of 3718 meters, is like a natural giant that dominates everything. The famous volcano is the heart of this island, full of contrasts. In the winter months, its snowy contours surprise swimmers enjoying the sea.

The natural beauty of Tenerife impresses travellers, as does the other Canary Islands, such as Gran Canaria, Lanzarote, or Fuerteventura. Lush vegetation coexists with drought. The beach of volcanic rocks, black sand, and strong waves mixes with others with a softer profile and golden tones. And there’s also the charm of the cities. Leading city centres such as Santa Cruz de Tenerife, Puerto de la Cruz, or San Cristóbal de la Laguna offer a variety of recreational and cultural attractions. Everything here, on the largest and most populous island in the Canary archipelago, invites you to discover and enjoy your visit.  If you’re in the mood for more amazing islands to explore, check out these beautiful things to do in Madeira.

Volcanic activity has shaped the island of Tenerife over millions of years until it reaches its present geography. To prove it, you shouldn’t miss an excursion to Cañadas del Teide National Park, a spectacular, almost lunar-like, volcanic landscape declared a World Heritage Site by Unesco and one of Spain’s 12 Treasures.

Situated in the centre of the island, this natural space is surrounded by the Corona Forest Natural Park, where the strange phenomenon of the sea of clouds occurs. At 3,718 meters, Teide is the highest peak in Spain and the third largest volcano in the world; you can climb on the “Telesforo Bravo” hiking trail or by cable car.

Next to the cable car base are the Parador Nacional de Turismo and Ermita de las Nieves. There are also several sanctuaries and two Visitor Centers where you can find out about the most relevant aspects of the national park (geology, endemic flora, and fauna), as it is considered the best example of a high mountain volcanic ecosystem in the whole of the Canary Islands.

The most beautiful panoramic views of the island’s north are obtained from the mountains of Anaga Rural Park. Take advantage of his viewpoint routes and poetry paths.

Covering an area of more than 14,000 hectares, Anaga offers a spectacular landscape where mountain formations, cliffs, cliffs, and virgin beaches follow one another, as well as an extraordinary diversity of nature with more than 120 local endemics, among which the shady laurel forests stand out.

3. The Twelve Houses of La Orotava

To get to know Tenerife’s distinctive architecture, you must head to the fertile Orotava Valley, a vast expanse of green banana trees and mountains overlooking the volcano from the outskirts. The city’s historic centre has been declared an Artistic-Historic Site and features many stately buildings in its cobbled streets.

If you visit La Orotava at the end of June, you will have the chance to witness one of its most traditional festivals: Romería de San Isidro Labrador. You can also visit Pueblo Chico, an amusement park featuring the most emblematic buildings and landscapes of the Canary Islands in miniature.

There are many things to see in Tenerife! Another noteworthy visit is San Cristóbal de La Laguna, whose historic centre – declared a World Heritage Site – retains many manor houses of the Canarian style and an abundance of religious buildings of high heritage value in an immaculate condition.

Founded in 1496, Garachico is a picturesque hamlet that preserves an Artistic-Historical Site with valuable samples of Canarian architecture. However, in 1706 it was buried by the eruption of the Chinyero volcano. It is precisely the lava that descends along the mountainside, where it comes into contact with the ocean, giving rise to the natural pool of El Caletón, where you can bathe. Walking through the historic center of Garachico will allow you to discover charming corners, streets, and squares full of palaces, monasteries, and churches.